Challenges in the natural order of growing up 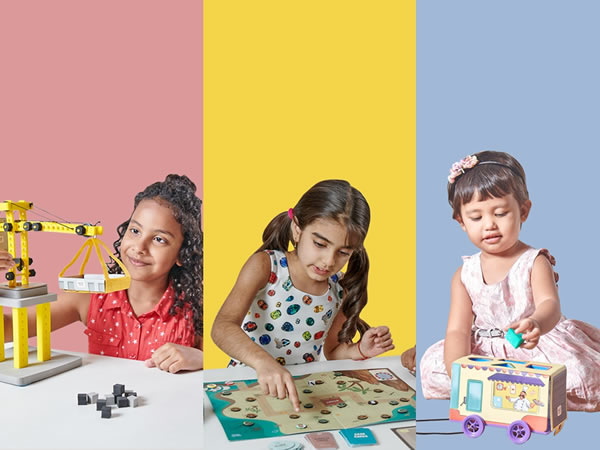 Sometimes I get complaints from parents that the school is giving children something that their child cannot cope with. It might just be a task in class or as homework. While it is understandable that the parent is anxious that their child will feel left out, avoiding tough challenges in life does more damage than help.

The consequences of not challenging children and focusing only on perfect performances are playing out before us across the nation. Under COVID conditions, in remote learning, children are unable to cope with self-regulation. Reports that, either they decide to skip learning or distract themselves into something more interesting like playing games online, are making their rounds everywhere. Only a few are cued in enough and there are a few others who are put on strict control by disciplinarian parents or grandparents. Working parents are the worst hit in nuclear families.

Dylan Williams, a well-known expert on Assessments recently spoke in a Cambridge schools’ conference. His estimate is that the amount of knowledge that children are likely to have lost in a school with a well thought through a programme when compared to in-school learning may not be high. What they have lost is more in terms of collaboration, character and personality. When there is no challenge either from peers or in the form of tasks, they may look for something less desirable that they find challenging, little realizing that they are hurting themselves. So just to keep them pegged to what is important, it is now time to look for appropriate challenges.

That is in fact the natural order of things. The toys and dolls are sacrificed for the bicycle, which is renounced for all-powerful peer company and that in turn is jettisoned for a career goal. It is for us adults to be on the lookout as to what we can expose the children in order to rid habits and obsessions that may deter their progress. If children are not being good with online classes, then give them the responsibility of caring for a pet, or keeping the garden clean. They can in fact clean up any part of the house, even if it is a sensitive space, like your own office desk. Any mischief they are up to can be contained with such measures. Some parents like to engage children in socially productive causes like packing food for those poor people affected by lockdown, or a colony cleaning campaign because so many workers do not turn up. Involving in community matters can be an eye-opener even if you just want them to make a flyer online for a cause.

Long ago, I had the opportunity to invite an organization that works for child relief, to my school for a co-curricular activity. In support, the school children decided to put up street plays to raise awareness. The process was more effective than the product because during the course they realized the plight of children employed as child labour. Quite a few parents reported back that their children became more focused on studies and managed to pass the exams which they may otherwise have not cleared.

Other instances came to the surface that some children realized that they wanted to take up careers related to therapeutic art as they found it effective with autistic children, or study geriatrics because they found that in the home for the elderly there were many patients who were uncared for. Providing higher goals in life gave them a drive and a focus which put an end to bickering and complaints. Some of those have realized their dreams by pursuing related studies and have engaged fruitfully in life.

Higher goals that are worthy, will promote character development. The journey by itself will mould their character even if the end is not achieved to full satisfaction. They will know their strengths and weaknesses and they will learn to face failures with poise. Above all, they will learn to aim realistically. However, attention must be paid to the area that children cherish, academic or non-academic. Throwing academic challenges to someone who is inclined to sports will result in diffidence and vice versa. But the fact remains, the challenge is the name of the game.

Ms Nithya Sundaram is the Academic Director of CS Academy group of schools in Coimbatore and Erode. She is a curriculum designer and teacher trainer as also the Programme Leader for the Cambridge International Certificate for Teaching and Learning.